Awarded to the Calgary Zoo (2019, 2020) and previously to the Columbia Wetlands Stewardship Partners (2013-2018) to re-establish self-sustaining populations of endangered northern leopard frogs in the Columbia marshes through the continuing release and monitoring of large numbers over several years, which is vital for reintroduction to succeed.

DESCRIPTION: Once widespread and numerous, northern leopard frogs (Lithobates pipiens) began to disappear from many wetlands, including in southeastern British Columbia, in the 1970s and 80s. In British Columbia, there is only a single remnant population, located in the Creston Valley Wildlife Management Area (CVWMA). Northern leopard frogs are important to the environment because they provide a crucial link between the aquatic and terrestrial ecosystems and are important for proper nutrient cycling. This project aimed to support biodiversity and help return the endangered northern leopard frog to the wetland ecosystem of the Upper Columbia Valley.

OBJECTIVE: The objective of this project was to reintroduce endangered northern leopard frogs to the Columbia marshes using conservation translocations to recover northern leopard frogs and prevent local extinction within the province. The project utilised wild-to-wild translocations and releases of tadpoles bred and head-started at the Calgary Zoo and the Vancouver Aquarium. The goal was to release 8,000 tadpoles per year over three years, to reestablish leopard frogs in the Columbia marshes.

Over the course of the project, over 50,000 tadpoles were released. Although the project met some of the indicators of success, it was ultimately not successful at establishing a self-sustaining population of Northern Leopard Frogs.

This short video produced by the Calgary Zoo provides an excellent overview of the project. 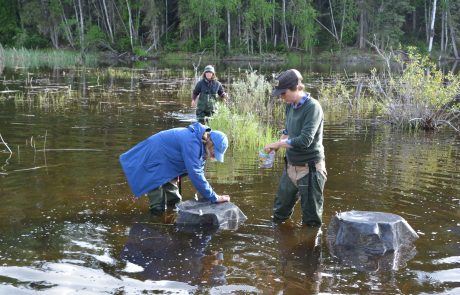